Harrison was rescued from his owner who could no longer care for him due to her poor health.  “Harry” was pretty chubby when he came in because he was eating canned cat food!  Took him awhile to get him to agree on eating healthy, but think he finally gave in!  His thyroid was a little low as well, so now that we have him on meds, his energy level has kicked up a cylinder and weight is starting to drop!  Harry is the sweetest boy ever and is sad that his owner could no longer care for him but already has a new home lined up so he’s excited about that! 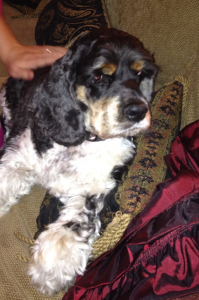