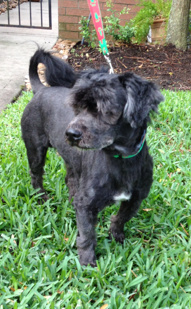 Lordy mercy…….we have a schnoodle!   Simon had so much hair that the shelter thought he was a cockapoo but when we got him home and groomed him, a schnoodle emerged!  This little guy is the cutest thing…..he was in the shelter for over a month, so he was glad to get out of there!  Unfortunately, he was so matted that we had to strip him and start over, but he feels so much better and will be a little doll when his coat grows back.  Simon was already neutered and is heartworm negative, so he’s ready to go.  He has been aged at about 3 yrs old and has lots of energy to keep up with an active family. 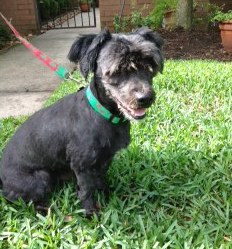